RoHS stands for Restriction of Hazardous Substances; it is also known as RoHS 1 (Directive 2002/95/EC), RoHS 2 (Directive 2011/65/EU), and RoHS 3 (Directive 2015/863), originating in the European Union. RoHS directive restricts the use of specific hazardous materials commonly found in Electrical and Electronic Products (EEE).

RoHS 1 was first published in the EU and took effect on July 1st 2006; it is required to be enforced and became a law in each EU member state. RoHS1 restricts the use of SIX hazardous materials in the manufacturing of various EEEs including Cadmium (Cd), Lead (Pb), Mercury (Hg), Hexavalent Chromium (Cr VI), Polybrominated Biphenyls (PBB), and Polybrominated Diphenyl Ethers (PBDE).

RoHS 2 is an evolution of RoHS 1 and was published on July 21st 2011 and took effect on January 2nd 2013. Additional regulatory conditions and legal clarities were addressed using RoHS 1 as foundation, including periodic re-evaluations of EEE manufacturing practices while at the same time broadened its scope of coverage to include additional electronic and electrical equipment, cables, and spare parts. Additional compliance record keeping from everyone in the supply chain was required for up to 10 years including conformity assessment, CE marking, maintenance of compliance throughout production, and self-reporting of non-compliance.

In addition to self-governing and reporting, Portable RoHS analyzers also known as X-ray fluorescence or XRF metal analyzers, are used for screening and verification of the restricted metals. With the implementation of RoHS 3 and the four added phthalates, different testing is needed to ascertain levels of these compounds, which are extracted with a solvent.

Which companies are affected by the RoHS Directive?

Any business that sells or distributes applicable EEE products, sub-assemblies, components, or cables directly to EU countries, or sells to resellers, distributors or integrators that in turn sell products to EU countries, is impacted if they utilize any of the restricted materials. Since RoHS-like regulations have spread to a number of other countries, compliance requirement now applies to well beyond just EU countries. PCB International fully complies with RoHS regulations.

RoHS 2/3 also applies to the metal industry for any application of metal plating, anodizing, chromating or other finishes on EEE components, heatsinks, or connectors; many of these steps are found in the PCB manufacturing process.

How are RoHS and REACH related?

REACH stands for Registration, Evaluation, Authorization, and Restriction of Chemicals; it is a set of general regulations for the production and use of chemical substances and their potential impact on human health and the environment. REACH is monitored by the European Chemical Agency (ECHA) and encompasses 197 Substances of Very High Concern (SVHC). The substances have been identified as being carcinogenic, mutagenic, reprotoxic, bio-accumulative and toxic, or endocrine disruptors. All 10 substances on the RoHS compliance list are also on the REACH ECHA list.

While RoHS restricts the use of above-mentioned 10 substances in electronic/electrical equipment (including wiring, components, circuit boards, displays, sub-assemblies, cabling), REACH applies to additional components including enclosures, brackets, coatings, paints, solvents, and chemicals used during the manufacturing of these products and sub-components.

Contact PCB International should you have further questions regarding RoHS, its scope of regulation, and how PCB International's Printed Circuit Boards can make your products more environmental and user friendly! 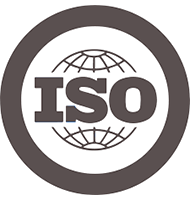 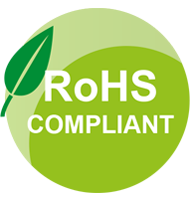 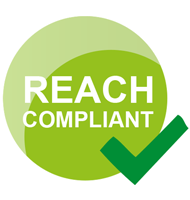 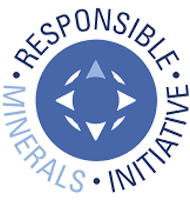